It is main menu from here

To menu here common throughout the site

It is the text from Kitahiroshima City ball park special site here.

As part of Kitahiroshima City and cooperation business of Hokkaido Nippon-Ham Fighters, we held fighters orchid and public viewing of fighters war in "the Kitahiroshima 30km road race" of Sunday, June 24, 2018.

We carried out public viewing of fighters orchid and fighters war as cooperation business by partner agreement that we concluded with Kitahiroshima City in Hokkaido Nippon-Ham Fighters in this January.

"Kitahiroshima 30km road race" held in Kitahiroshima of early summer is big sporting event of Kitahiroshima City by marathon event got close to to for many years from the "L fin road half marathon" of forerunner times many runners.
Because a part of course of this meeting went along the side of site proposed for ball park, new establishment of fighters orchid section, plan of public viewing were pushed forward by thought, which "fighters fans want to do in place of exchange that gathered" "wanted to heap up meeting more".

We held fighters run as "fan orchid" which ran at a favorite pace section without doing time measurement. Fighters original uniform was distributed to participant, and starter had Atsunori Inaba SCO serve, and it was right sporting event for fighters fan. 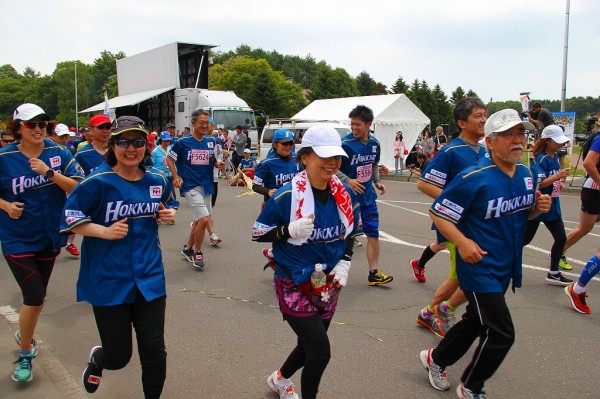 In addition, we supported runner while high school student volunteer who wore fighters original uniform gave a big cheer in the meeting body. 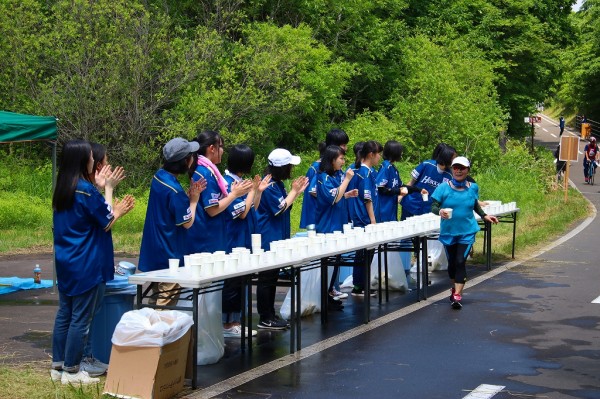 From the afternoon, fan of most including runner and the family and others who had finished running watched a game of game of fighters in Sendai vs. Eagles by public viewing on the road race venue side. By guest commentary of Naoto Inada of watching game in big screen, Inaba SCO and former fighters player, it was public viewing full of a sense of reality. 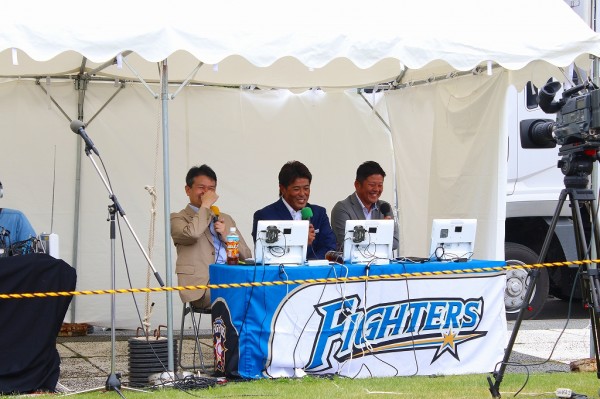 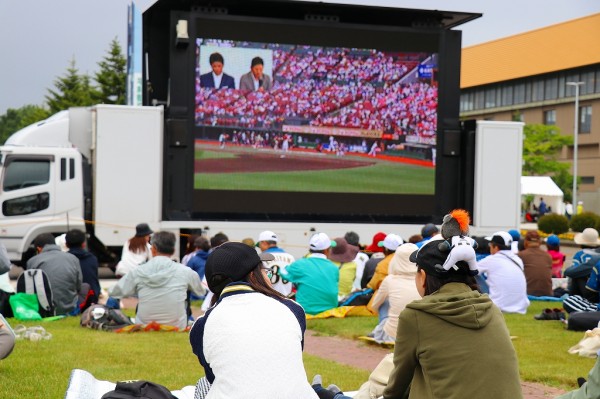 We conveyed splendor of sports to enjoy on seeing sports to support people who played sports to play sports, and to enjoy, and many people concerned with sports crossed, and it was Event that town was energized.